If you are looking for a way how to spend your Bitcoins you are in the right place. In this article I’ll share with you some of the best places where to spend your cryptocurrency in 2022.

First of all I want to tell you that more and more physical shops and websites are starting to accept bitcoins as a payment method, so it’s getting easier and easier to spend bitcoins and other cryptocurrency.

Buying things or services on the Internet is the most obvious way to spend your BTCs. Specifically, which sites and services accept Bitcoins as a means of payment?

Let’s take a look at a rundown of the most famous, divided by product category.

Dell, one of the world’s most famous computer companies in the world, accepts Bitcoin payments through its partnership with Coinbase. It is possible to buy products from the “Alienware” range paying in cryptocurrencies.

Gaming websites are the most avant-garde from this point of view, and among them, Steam – a company that sells the likes of Mafia – is at the forefront. It is possible to purchase games by paying in Bitcoins, very conveniently and quickly.

BTCTrip is one of the few sites where trips can be bought by paying in Bitcoins. It works exactly like any other online booking website, where all you have to do is enter the departure and the return date, locations (departure and arrival) and the number of passengers.

Would you like a few examples? A trip to China costs slightly more than 0.3 BTC, you can get to Japan or Brazil with 0.5 BTC and to Mexico with 0.24 BTC.

AirBaltic, an airline of Latvian origin, includes Bitcoins among its various means of payment.

Ovestock is a site that sells practically everything and includes Bitcoins among its accepted means of payment.

Then there are others:

Amazon will be the first tech giant to accept Bitcoins as a means of payment. Currently this news was still not confirmed and even Amazon refused to provide further details, but rumours say that soon you will be able to buy and sell directly on Amazon using BTCs.

Today is still not known how to spend bitcoin on Amazon though!

eBay is another major online shop that currently does not accept Bitcoins as a mean of payment. The company’s senior vice-president, Scott Cutler, has revealed the platform already started to think how to start accepting cryptocurrencies, but currently there’s no way to know how to spend Bitcoins on eBay.

All the shops where you can spend Bitcoin

We want to draw your attention to the website https://coinmap.org/ that offers a very special service: a search function for stores in the real world that accept Bitcoins as a means of payment, on a map.

In this case, these are bricks-and-mortar stores that have enabled payment for their services and goods in cryptocurrency. A concrete way that lets us understand Bitcoins are spreading increasingly in practice, in everyday life, and that somehow they are emerging from the digital world.

As you will see on the map, there are real shops that accept “physical bitcoins” almost all over the world: United States, UK, South Africa, India

Before spending, what to know

In order to spend Bitcoins you must of course first possess them “physically”, and the only way to do this is to buy them through an Exchange, or on a website that sells them. We must be particularly careful about the various exchanges on the market. One of the most reliable is CoinBase, which was also one of the first and, even today, is “on a roll”, a signal that it is truly reliable and safe.

If you already own bitcoins and stored then in a paper wallet, you must first “import” them into a digital wallet, only then you can spend them.

Furthermore, for a limited time only, by opening an account with CoinBase and purchasing a minimum of $100 in Bitcoins, you will receive an additional $10 for free. 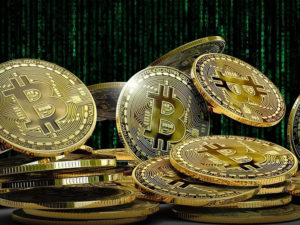