It might come as a surprise, but there are plenty of Bitcoin game apps for Android and iOS. For all of us who like to play games, some of them are really special as they can give us some free satoshis. Here is a list of top-rated choices!

Bitcoin Scratcher is a fun game that allows you to earn Bitcoins while playing it. But what exactly do you need to do? Just like with regular scratch cards, you scratch the Bitcoin card to see whether yours is the winning one. If it is, you get satoshis that you can exchange for free Bitcoins. It really is as simple as that! And if you don’t like this one, simply check out…

Bitcoin Wonder Machine is another app for free and simple Bitcoin earning. The only thing you need to do is install and use it, and with just a bit of luck, you will soon start accumulating your Bitcoins. It is connected with a Xapo wallet, and “played” like a vending machine. It is not only fun and colorful, but also makes it worth your time!

Bitcoin Honey is a dynamic, but extremely easy game where you can win loads of Bitcoins simply by participating. Your only task is to choose among different faces, and if you manage to pick the right one, you could end up with up to 1,000 Bitcoins in your wallet. And if you want something even more exciting, check out the following game!

Wheel of Bitcoins is exactly what the name suggests – a game in which you spin the wheel to earn your free Bitcoins. The process is very simple – you enter the email address linked with your Bitcoin wallet and try your luck spinning the wheel. You can play it every 30 minutes, which allows for a lot of possible winnings. But there is also Bitcoin Bingo!

For all the Bingo fans out there, this might be the perfect game for earning Bitcoins on your phone. The game is an actual Bingo game, the only difference being that the reward system is based on Bitcoins. Just imagine how much fun you could have, all the while making a profit and not losing a dime! But if you prefer slots, you might want to consider…

Slots are among the most popular casino games. But you don’t need to risk losing money with this one – Bitcoin Slots is a safe way to get your hands on Bitcoins completely free of charge. And to make it even better, it allows you to multiply your winnings up to four times!

Dealing with Bitcoins can be a lot easier if you take full advantage of everything technology has to offer. When it comes to Bitcoins, most owners use wallet apps as they are practical and simple to use.

Airbitz is very convenient, especially considering the fact you can use it on both iOS and Android devices. The app allows you to link it to your bank account, limit your spending with the help of PIN numbers and passwords and use it even when the servers are down. You can also search your transactions by category and by payee.

Another app made for both iOS and Android, breadwallet is the only wallet that connects you directly to the network. This means you are a lot safer when using it, and even if you lose your phone, you can recover everything simply by typing in your recovery phrase. To make it even better, the app allows you to make very speedy transactions.

With Bither, using Bitcoins gets even simpler for both iOS and Android users. You can use it even in offline mode, in which you are allowed to sign transactions and monitor your network status. Hot mode, which is another term for online mode, doesn’t require registration because it is decentralized. It gets you notified every time a transaction has been made.

A Bitcoin wallet for Android, Mycelium boasts impressive cold storage. It allows you to secure all your funds completely for an unlimited amount of time. To make it even better, with it you can manage more than one account, and all the transactions are done very quickly.

Although it is an app made only for Android users, GreenBits has plenty of advantages. It keeps you safe by providing you with your own full node and making sure everything is backed up all the time. And even if you can’t get service, you can recover your funds by using nLockTime transactions.

This is an app for Android devices, and it is at the top of our list because it has received the best ratings. It doesn’t require registration, and is a peer-to-peer app. You can use it to have your digital currency displayed not only in Bitcoins, but also in mBTC. It is capable of converting to and from regular currencies as well.

Green Address is a Bitcoin wallet app that can be used by both iOS and Android owners. It uses BIP39 mnemonics, which allows it to make paper wallet backups. It protects you and your funds with multisignature addresses. Just like GreenBits, it uses nLockTime transactions to make sure you can recover your funds even when service is down. 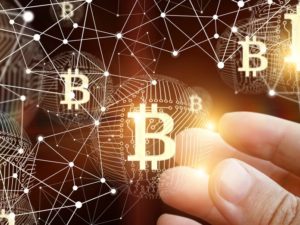